Im sure there’s at least several bad puns in there somewhere.

Compared to the Yankees eggs, this one was like lightning, even though the stand took a few days to put together.

Back in December, when I was still elbows deep in baseball eggs I got a commission for this one.  Once I was finally able to get started on it, it only took about 10 days including the stand. (I had to make the stand twice. It needed a different engineering method.)

As I’ve mentioned before, I’ve never seen the show, but reference images are not difficult to come by, so I worked it out in pretty short order. The interior of the egg is aqua like the stand and the portrait on the front is 1.5″x 1.25″.  It’s smaller than it appears in the photo.

I learned some useful techniques doing this one, which will make doing portraits in the future a lot easier. As happens, I have 2? 3? commissions sitting on deck, one of which contains a portrait as well, so I’ll see how well those new skills translate.   I also have to get one done for the etsy store which I keep meaning to do, but Im trying to clear the commission list first.  I already have a theme for it, I just need to get it going.

In any case, here’s this egg from all the usual angles: 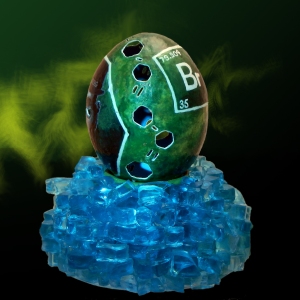 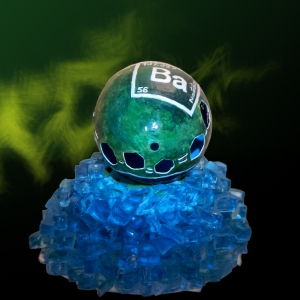 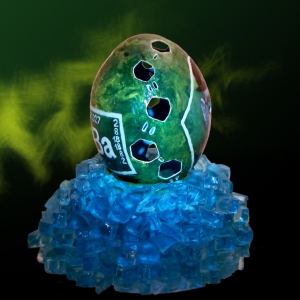 I’ll be moving right along into the next one (which has already come out of the bleach) so expect an update soon. 🙂 Enjoy!